Pollution of the environment can happen everywhere – in rural areas and in cities which means that all of us are confronted with environmental degradation where we live. Usually the degree of degradation in settlements are worse that rural areas as far more people contribute to a collective impact. More than 50 % of the world population today lives in cities, putting many resources and ecosystems under pressure. 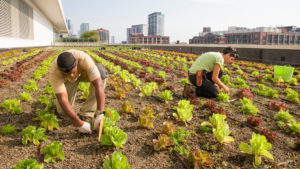 Figure 1: In many of the world’s big cities much of the land is being used for agricultural purposes.

But this also offers a greater opportunity for combined action to improve our footprint on the environment. Once we are able to identify the natural systems on our door-step we would be able to look for possible ways to improve and sustain it. By so doing we will invest in our own well-being.

In many of the world’s big cities much of the land is being used for agricultural purposes In Hong Kong, 45% of vegetables, 68% of the chickens and 15% of the pigs used as food, are produced right in the city. In Nairobi, 67% of the urban families are farmers. 65% of all families living in and around Moscow are farmers. In the USA, 30% of all agriculture is done within metropolitan areas. 25% of urban families in Kenya depend on self-produced food for survival. 60% of metropolitan Bangkok is used for agriculture. 90% of the large cities in China are self-sufficient in the production of vegetables. 25% of the trees beautifying the streets of Bangalore, India, are fruit trees.

Figure 2: Many parks in wealthy suburbs are ecologically sterile with no or little insect and bird life.

In South Africa however, animal products such as meat, milk and eggs, which form the basic food of urban dwellers, are produced on farms far outside our cities. Farmers have to travel long distances to deliver these products to towns and cities. We can learn a lot from other nations in this regard.

Many existing open spaces in our cities and towns are either not utilized at all, or have been transformed or degraded to such an extent that natural life is unable to sustain itself. Due to the over-use of insecticides, the beautiful pruned hedges, wide open lawns and colorful exotic plants in some of our wealthy suburbs are ecologically sterile with little or no insect, bird and animal life.

When interacting elements are missing in city parks and open spaces, we can refer to them as “cosmetic green deserts”. Instead of having dynamic living systems, we have been eradicating all insect life with chemicals. These chemicals have filtered through the ecosystem to eventually not only deprive the birdlife from their food resources but it has often killed them too. Also our city streams and dams have been so polluted that aquatic life is seldom present. Concrete paving and gutters have replaced natural ground-cover causing rainfall to run off without penetrating the soil and in the process depriving adjacent vegetation from natural nourishment.

A big part of municipal budgets goes towards the maintenance of city parks and open spaces.

Figure 4: Indigenous vegetation will attract more birds and animals that are beneficial to insect control.

It involves activities such as the constant cutting of lawns, the spraying of insecticides, planting flowers and irrigation. It would make far better sense to keep parks in line with natural processes. If we plant only indigenous trees and shrubs for example, more birds will return. With abundant birdlife around, worms and insects and even rats and mice could be kept under perfect control – as long as the park is kept as a natural self-sustaining asset.

The World Health Organization defines health as “a state of complete physical, mental and social well-being and not merely the absence of disease and infirmity.” 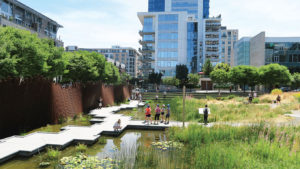 Therefore, in a healthy city the basic environmental elements of the air, soil and water should be of good quality. Design trends in town planning in the past were done to offer each man his own little secluded paradise, but nowadays it is moving more towards concepts that encourage community interaction. It strives to make it easy for people to move around without privately owned vehicles in favor of environmentally friendly ways to travel, such as walking, jogging or cycling or to use public transport. In the end this would mean less pollution, less traffic noise and better interaction between individuals as well as better health.

When open spaces are well positioned around natural water or stretches of nature, it could play an important ecological role. 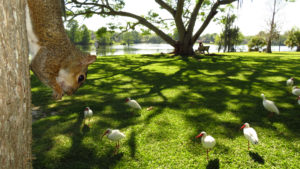 Figure 6: When open spaces are situated next to natural water or stretches of nature, it serves well as sponge areas for city run-off.

Marshy areas could absorb waste water to release clean water to river systems. Rain water running straight off hard surfaces such as streets or rooftops could be canalled to these areas where the water will sink into the green open space to replenish ground water resources.

If we ensure that enough water and indigenous plant life are provided in an open area for food chains to begin functioning, animals and especially bird-life will return to re-established themselves. 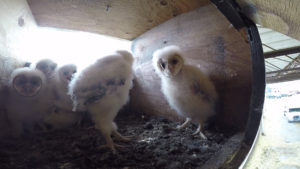 Figure 7: Some animals like owls, have adapted remarkably well to urban ecosystems.

Birds like the sparrow and rock pigeon have adapted remarkably well to the urban ecosystem. We even still find frogs and bats and sometimes the dwarf shrew and hedgehogs as well as moles in cities.

The basic foods of these animals are insects, which often cause great damage to our gardens. For the purpose of pest control and the maintenance of biodiversity, these animals serve a crucial purpose and play a vital role in the urban ecosystem

We need to encourage this integration. In isolated green parks there will often be too many missing links or organisms to accommodate complete food chains.

The ideal would be ecologically, viable, self-supporting green belts. The term ‘MOSS’, is an abbreviation for Open Space Systems situated in a Metropolitan, or large busy City. It may also refer to big parks and botanical gardens or servitudes under power lines or even cemeteries that are linked to each other by means of green corridors.

Green areas rich in biodiversity will enrich our personal lives by providing space for recreation and offer people safe and pleasant through-fare to shops or schools away from busy street traffic. 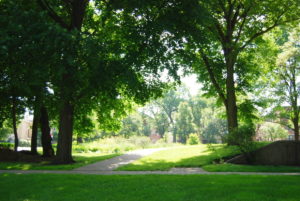 It offers a safe habitat for animal and bird life and the vegetation will absorb much of the air polluting gasses characterizing many of our busy towns and cities.

An ideal MOSS therefore must be a system where open spaces are linked to each other and where they are kept as near as possible to natural functioning pieces of nature in and around the city. Rivers and linear ridges are ideal linkages that could connect many parks and create ecologically viable green belts. If these are not available one should look at green areas along highways and streets to serve as links to open spaces.

Some countries have even built ‘nature-bridges’ or wildlife corridors over busy highways to allow for animal-life to cross safely.

We should encourage town-planners to create and connect sustainable pieces of nature in our cities and towns. It will greatly improve our living environment and encourage us to be more in touch with nature. A healthy respect for all living things will result in the hearts of many more people culminating into eco-friendly habits. We would think twice of the kind of products we use and how we dispose of it. We will consider the means of transport we use; and the methods of generating energy. Then hopefully we could start to slow down the vicious circle of environmental destruction as a result of ill-considered economic and industrial practices.

Because of our ability to influence the environment in such a big way human beings are called the ecologically dominant. This does not mean that we have the right to be merely outside spectators who can interfere with nature at will.