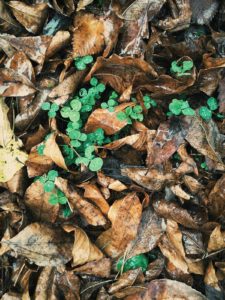 Figure 1: In natue thee is no such thing as pollution. Everything is ecycled and theefore e-used.

We have introduced Econewbies in the previous lesson under the topic, “Environmental Deterioration”. In this lesson we will focus on the three main forms of deterioration namely air, water and surface pollution. This happens largely because of human-induced factors.

Nature has an inherent capacity to recycle elements in a way that does not harm the system as a whole. For example, when a tree sheds its leaves, the leaves are not in the way – no, it serves as fuel for micro-organisms which eventually transform the decomposing leaves into smaller and necessary elements in soil that are again absorbed by the roots of the same tree or other plants. In nature there is therefore no such thing as pollution. Everything is recycled and therefore re-used.

Natural causes of air pollution are forest and veldt fires, dust storms and volcanic eruptions. Although these could cause huge disruptions, the effects of pollution caused by humans on an ongoing basis, are far more severe. The main culprits are exhaust fumes from motor vehicles and the smoke from factories and power stations. Unwanted noise could also be considered as a form of air pollution. 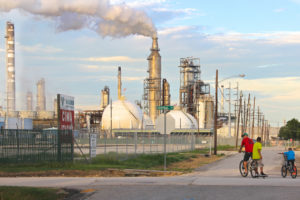 Figure 2: Air pollution is the accumulation of substances in the air in concentrations that endanger health and life.

The most general impact of pollution on the environment is that it puts natural recycling systems under pressure. Air pollution happens when particles or gaseous matter accumulates in the atmosphere at a pace faster than nature’s capacity to recycle it. Air pollution could therefore be described as the accumulation of substances in the air that will endanger life or health should they be present in sufficient concentration.

Global warming happens mainly as a result of polluting gasses in the atmosphere. A hothouse effect is caused as carbon dioxide, methane gas and other ‘greenhouse gasses’ build up in the atmosphere.  These clouds of pollution prevent the heat that is radiated from the earth back into space, to escape. Africa is experiencing more erratic weather like worsening droughts and extreme floods. These are generally attributed to the impacts of global warming. 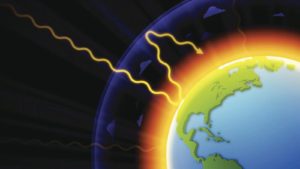 Figure 3: An accumulation of greenhouse gasses in the air, radiated from the earth, to escape into space.

There are however some scientists who believe that this cloud of gas could one day prevent the heat from the sun to enter the earth’s atmosphere. If this condition becomes more prevalent, the possibility exists that we could face instead of an increased warming of the earth’s atmosphere, a drop in temperature that could lead to a mini-ice-age.

In fact, we know little about the cumulative effects of our actions on the natural environment. Even our so-called ‘interventions’, like supplying water for millions of people by building dams; or removing nasty sewerage by pumping it into the sea; generating nuclear energy; or ‘shooting’ clouds to fall down as rain – all this meddling with the ecosystem are causing counter reactions from nature and we just do not know in which way we will be affected. 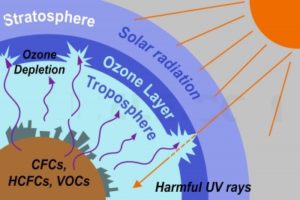 Figure 4: Products such as aerocel contibutes to the destruction of the ozone layer.

Inside buildings cigarette smoke endangers people’s health and this is now banned from most public places in South Africa. In our homes the use of aerosol products is contributing to the destruction of the ozone layer. This layer around the globe is designed to protect us from the sun’s harmful ultra violet rays, but holes in it, is preventing it from doing so effectively. Ultra violet, or UV rays are known to cause skin cancer and it also has a very negative effect on plant life and crops.

Acid rain is caused when chemical reactions take place between greenhouse gasses and vapor in the air. These chemical reactions cause the formation of an acid that returns to the earth’s surface mixed with rain, snow, hail or fog. Acid rain has a negative effect on the fertility of soil; it kills the eggs of amphibians, and causes birds to lay soft unproductive eggs. Furthermore, it causes the corrosion of buildings and fences.

Figure 5: When greenhouse gasses mix with vapor in the atmosphere, it forms acid rain, hail or snow.

Another negative result from the exhaust smoke of our vehicles is that it releases lead into the air. These lead compounds in the air could directly be taken up into the human system or return to the surface. It is then absorbed into the roots of plants which could form part of our food chain. The danger of lead is that it builds up in the human body as the body is not able to dispose of lead naturally. This built-up affects the nervous system and could cause psychological disorders and even bone deformation in the fetal stage.

So, as you can see, air pollution causes much more damage than simply the discomfort of bad smells. 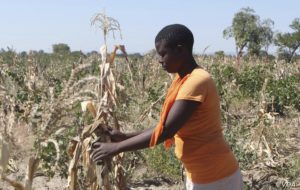 It threatens human, animal and plant health and survival. It could make the earth inhospitable to life as we know it by means of global warming or by causing an ice age. These are not mere possibilities. They are real dangers staring us in the eye. The ice caps on Kilimanjaro and the glaciers of the Arctic are melting in front of our own eyes. Unless we, the human component in the ecosystem adapt our industrial practices and personal behavior, our lives and the future of our children are in danger.

The next area of environmental deterioration we will look at is water pollution. 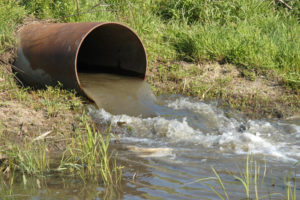 Figure 7: Water is polluted when chemical, physical o biological materials is introduced to it in large quantities.

This happens when chemical, physical or biological materials are introduced to fresh or ocean waters. Again, the danger associated with water pollution is much more severe than it simply being an eye sore in otherwise beautiful parks, landscapes or sea views. Polluted water is life-threatening firstly to animals and vegetation living in and around it, but also to humans making use of it. South Africa is a water-scarce country and we need to take extra care to preserve this essential resource.

Early civilizations usually originated close to usable sources of clean water. By means of running water they could easily get rid of sewage and other forms of waste. 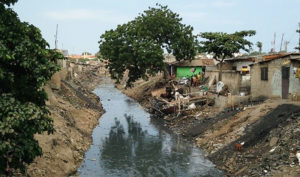 Figure 8: When sewage and domestic waste is released into water courses it results in plagues like typhus fever and cholera.

But in fact, this practice only causes discomfort and danger to people living in settlements further downstream resulting in plagues like cholera and typhus fever. Presently in Southern Africa we experience this problem even in our cities where sewage infrastructure fails. Municipalities should see to it that before sewerage and domestic wastes from our homes are released back into rivers, it is done in a highly degradable form. Other negative impacts of water pollution in our rivers and dams include the death of aquatic life and accompanying ecosystems.

One can forgive communities that do not have access to proper facilities or who are still not educated in terms of proper sewage disposal, but when it comes to industry and mining, such a lenient attitude should not be allowed. 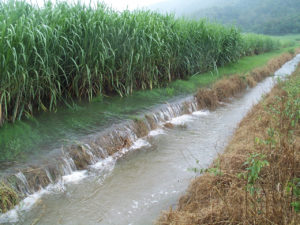 Figure 9: Poor drainage on agricultural lands causes chemicals like pesticides to be flushed into water courses.

Often waste water from industries is simply pumped directly into rivers, dams or into the sea. Especially gold and coal mines are culprits: releasing large quantities of acid water into water bodies. Ill-considered agricultural practices also often cause pesticides, fertilizers and herbicides to be washed into rivers and dams.

These waste poducts are foreign to the natural ecosystems existing in water bodies and can therefore not be successfully assimilated by the natural purification systems like vlei’s and marshlands. As result toxic waste containing lead and mercury compounds enter the water cycle.

Figure 10: When toxic waste enters the water cycle it can lead to the death of many forms of life associated with the water body.

Plants living in and around these water bodies, absorb the waste products and transfer it to animals feeding on them. When substances like cyanide and pesticides are released into the water, fish will die and further up in the food chain it will cause birds of prey that feed on fish also to be affected. So if any form of waste – from human or industrial origin – with an unacceptable high degree of chemical or organic content, is released into our rivers or oceans, disease and death follow.

The last main form of pollution we will look at, is surface pollution – also known as land pollution. 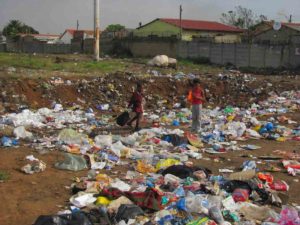 Figure 11: Accumulated waste that decay attract pests that carry disease and threaten the health of people.

There are two main causes for the pollution of land. Soil could be polluted by chemicals contained in weed killers and pesticides and the surface can be polluted by litter, for example when waste material is dumped in public places such as streets, parks, picnic areas, at bus stops, taxi ranks or near shops. Where waste accumulates it starts to decay and attract pests like rats and mice and the place quickly becomes unhealthy.

The main reason for this type of pollution in and around our cities today is because of the fast pace at which products are manufactured. Not enough time is allowed for the amounts of material waste to be effectively destroyed or re-circulated back into the natural system. 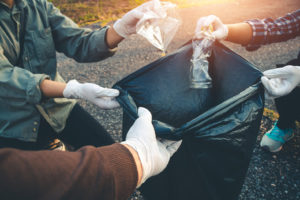 So, it is clear that this form of pollution exists as a result of our present-day lifestyle and it is becoming an ever-worsening concern. Civil authorities and municipalities are having fewer answers to effectively deal with this type of waste building up. it is why recycling has become vital for environmental-friendly living. This is one of the easiest ways for individuals and communities to participate in creating a more sustainable future.

There are three types of solid waste. The first is kitchen waste which takes from two to five months to decompose naturally. It offers a great opportunity for you to make compost that could be used in your gardens or vegetable patches. The second form of solid waste is non-combustible waste. This includes metal objects, mining waste and building rubble which can take thousands of years to decay. Metal objects can be recycled. However, it is very hard to get rid of mining waste and building rubble, and it looks unsightly where-ever it is dumped. 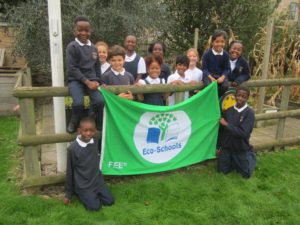 Figure 13: The best thing for us to do is to look after our own future interests by taking action TODAY.

The third form of solid waste is combustible waste like plastic, fiber glass and rubber. If burned, it releases dangerous fumes into the air. It takes from 10 to 30 years to be destroyed if it is exposed to the ultra violet rays of the sun. But if it is buried, like most municipalities do, their lifetime is practically unlimited. Again, if recycling is seriously considered as an alternative, the production of these products could greatly be reduced.

Although the constitution says that we have a right to a clean and healthy environment, we live in a world that is getting more polluted. The ones who will suffer the consequences in ten years from now are the young people of today …and their children! So, the best thing to do is to take action today.

Remember, ringing alarm bells and complaining about wrong environmental practices means little unless you yourself become a change age